Dubai is the economic center of the Arabian Gulf. The growth of its economy attracts thousands of foreign workers every year. Learn more about the population of Dubai but also why there are more foreigners than native people. In terms of age, the ages between 25 and 50 make up the majority of the population of Dubai.

Dubai is the most populated emirate in the United Arab Emirates. The total number of population of Dubai surpasses the population of Abu Dhabi. Dubai, the business hub of the UAE, had more then 3 million inhabitants in 2018.

Here are some interesting statistics about the local population. More than 70% of the population is male. The gender distortion is caused by a large number of foreign workers who settled in the UAE for a job.

The United Arab Emirates population in 2019 is 9.54 million. The following data are collected from Dubai statistics center. Interesting, that the country has 4.24 million more male residents than females. The average age of the UAE population is 33.5 years.

In terms of life expectancy, the statistics show that female residents live 3 years longer than male residents. The high rate of depression and car accidents are major reasons for death. Otherwise, the health system has recently registered an important growth.

Dubai is the economic center of the Arabian Gulf. It’s good to know, that 85% of the total population is composed of foreign residents. It means, that only 15% of the overall population are native residents.

The majority of the expatriates come from Asian regions and the Middle East. The residents from India make up half of the foreign residents. In Western regions, it’s possible to find a lot of British people. In general, they occupy important, well-payed jobs.

The population of the UAE is very religious. The official religion is Islam. The expatriates brought their own culture and religions during the immigration flow. Apart from Islam, religions like Hindu and Buddhism are practiced.

Every year, thousands of tourists arrive in Dubai to participate in the events during Ramadan. The population of this country is very warm and welcoming. People organize charity meals and host national and international events.

People in Dubai are very tolerant and open-minded. There are more than 117 nationalities living and working together. This is why Dubai is a very safe place to visit. It’s also interesting to know the general social media usage in the UAE. The most used social media platforms are Facebook and WhatsApp. They are used by more than 97% of the resident population. This is interesting, that in Dubai the unemployment rate is 3% lower due to better economic and living conditions.

Concerning languages, Arabic is the official language. But, Dubai is a famous business and travel destination. This is why English is largely used.

It’s interesting to highlight the differences between people living in Dubai and people living in Abu Dhabi. Firstly, Dubai is the fastest growing emirate. Dubai is a modern city in the United Arab Emirates. The main difference is that the city of Dubai is partially influenced by western cultures. Abu Dhabi, on the contrary, is more traditional.

Abu Dhabi is the capital of the United Arab Emirates. It is richer in oil resources and its net income rate is higher. The people living in Abu Dhabi prefer the city as permanent residency. Dubai is crowdy all year round.

Even the Emiratis say that Dubai is a better place to live. Here are some of the main reasons why people like Dubai: 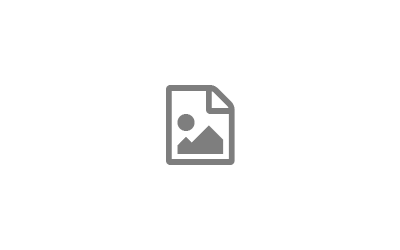 Interesting facts
We use cookies to offer you the best experience and ensure the security of our site. By clicking on Accept, you consent to the use of these cookies. You can change your preferences at any time. For more information, please read our privacy policy.